Lifetime University Membership
If you have a free access code, enter it below: —

Learn guitar from a Master using the easiest guitar system in the world.

Look at the best guitar players in the world and you’ll notice they have one thing in common. They play guitar by ear. Since 1969 Denny Zager‘s taught millions of people to play guitar using his internationally acclaimed “Play-By-Ear” guitar method that shows you how to tap into that part of your brain scientists say we rarely use and “Play-By-Ear” like the pros do. Zager Guitar University gives you the opportunity to learn guitar using a revolutionary guitar system one-on-one from a true guitar master through a vast library of videos, manuals, tablature and arrangements.

Who is Denny Zager? 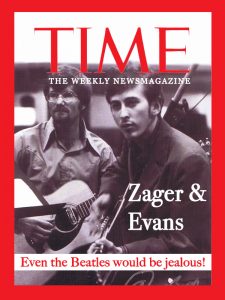 Denny Zager is part of the legendary recording duo “Zager & Evans” who wrote “In The Year 2525,” the #1 song of 1969 and the biggest one-hit wonder of any artist at any time in recording history selling over 20 million records world wide.You may have seen Denny featured in Time Magazine, Newsweek Magazine, and The New Yorker. Denny has been asked to make numerous television appearances including The Tonight Show, The Ed Sullivan Show, The Dick Cavett Show, Top Of The Pops, The Music Scene with The Beatles and The Rolling Stones, and he was also one of the few musicians asked to play at Woodstock in 1969 with Jimmy Hendrix, Santana, and The Grateful Dead.

Denny adds new material to his library regularly so there’s always something new and exciting to learn. For 2016 he’s expanding his library to over 150 hours of streaming lessons with over 10,000 Easy Play tabs and 100’s of his patented guitar arrangements making this the largest guitar lesson library in the world. Here is what you’ll receive when you enter the Library today February 5th, 2023.

Lifetime University Membership
If you have a free access code, enter it below: —

Best Sellers for week of February 5 2023